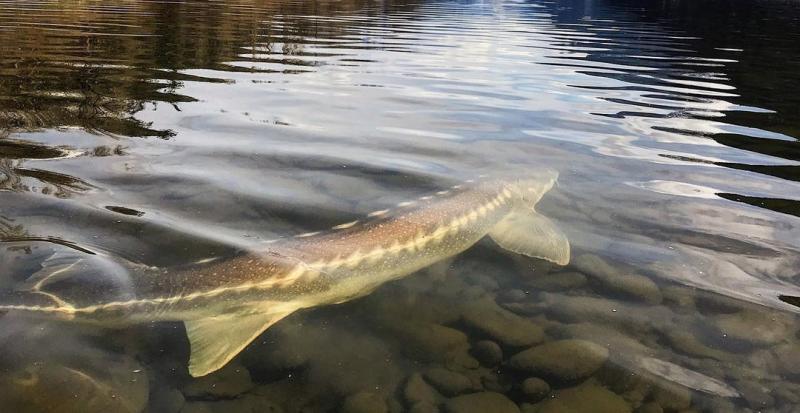 The Best Fishing Trip Ever

I never thought I would catch a fish that big. especially in such a beautiful place in the world.  Vancouver is one of the nicest areas I have ever seen.  From its ocean setting, to the nearby world-class ski resorts to the friendly people, Vancouver is the best.

And the fishing… I’ve been an avid fisherman all my life. I’ve caught trophy bass, marlin off the coast of Florida, bluefin tuna in Maine, and bonefish in the waters of Christmas Island. I do have to say that if you haven’t been sturgeon fishing in the Fraser River in British Columbia, Canada, then you should add it to your bucket list.

You read about monster fish – like fish x can get up to 1000lbs or fish y can be over 6 ft long, but that’s generally a fish that washed up on shore 100 years ago and nothing withing 50% of the “maximum” size has been seen since.  Well, that’s not the case with the Great White Sturgeon that can be found in the lower portion of the Fraser River.

Below is the accounting of my fishing trip, with Yves Bisson – the best Sturgeon Fishing Guide around.

It was a dark and stormy night. No – actually it was 8AM on a sunny morning in late September. I arrived with a buddy I’ve fished with since we were kids.  He was a bit of a sturgeon skeptic, but we wanted to give it a try.  Our families were visiting Vancouver from Portland Oregon and on a recommendation we were able to book Yves Bisson for a day on the river.

Yves was already in the water, waiting for us at his favourite boat launch.  He greeted us with a smile and welcomed us on board.  Apparently, there are sturgeon all throughout the lower Fraser River, but being the fishing pros we were, we wanted a chance at catching the monster sturgeon.  We headed about 15 minutes upstream to the edge of a non-descript river edge of the mighty Fraser.  Nobody anywhere – just eagles and trees.   Anchored about 100 feet from the bank, my buddy and I grabbed a coffee and some snacks Yves had prepared and relaxed for a few minutes while Yves baited the hooks and cast them behind the boat.  Rods were numbered 1, 2, and 3.  We fished a couple different baits for the sturgeon and how we attempted to set the hook differed depending on the bait type.

Took maybe 15 minutes before our first bite.  It was my buddy’s first attempt.  Despite excellent coaching, this Great White Sturgeon wasn’t taking the bait.  Yves can tell the size of the fish by the way it bites.  Of course, this was a big one.

10 minutes later we had our second bite.  My turn.  I set the hook and the fish took off. So much for the rumor that sturgeon aren’t great fighters.  Tell that to an 8+ foot fish that weighs 100lbs more that you.  Well, after 20 seconds of reeling off line, I saw a fish jump way in the distance.   It was a monster! That was my sturgeon.  Then it wasn’t my sturgeon.  It spit out the hook and I was left reeling in 200yards of line with only a weight to show for it.  But not bad, 2 shots of adrenaline in less than an hour.

Our first fish was 53” long.  Not huge, but still larger than the fish I’m used to catching.  Yves brought the sturgeon into his boatside sling, recorded its length and scanned it’s tag before releasing it back maybe a minute later. The sturgeon didn’t even leave the water.  Yves believes strongly in conservation and has scanned and tagged over 20,000 fish in the past 20 years, in an effort to monitor how the White Sturgeon are doing.  Judging by the rest of our day, I’d say they are doing fine.

Our second fish was 6 feet long. It jumped twice, once right at the boat fully clearing the waterline.  That was crazy.  A quick pic, tag check and measurement and the sturgeon was released to be caught another day.  The fish kept coming. I think we had 8 fish that day. Lost a couple more big ones.

Highlight of the day was definitely the 8-foot sturgeon that never gave up.  3 long runs and one fantastic jump resulted in sore arms for the next 3 days.  Keep your arms straight!  Lesson learned…

The day was great.  Weather was great. Gear was high end and in tip top shape. Yves Bisson was a fantastic guide. He knows more as a sturgeon fishing guiding than probably anyone else on the planet (well it seems like he did).  I’ve already booked my trip for next September.