Sturgeon Fishing 101 - What is a Sturgeon?

Sturgeon have existed since the early Jurassic period, 200 million years ago. There are approximately 30 species of sturgeon (family Acipenseridae) in the world, and can be found in many different areas of the world, with the largest populations in Canada, the United States, and Russia. Many species are anadromous, meaning that they spend time both in fresh and salt water. Other species remain in freshwater – primarily rivers.

Sturgeon are known for their long-life span, prehistoric features, and massive size.

What Are the Characteristics of a Sturgeon?

The first thing many people learn about surgeons is their size. There are two species of sturgeon, the Beluga Sturgeon (Russia) and the Great White Sturgeon (BC Canada) that can weigh over 1600 pounds and stretch over 19 feet long. This fish is the largest Fresh Water fish in the world.  They are slow-maturing fish and will often not reach maturity until they are 15 to 20 years old. The average lifespan of a sturgeon is 50-60 years, but some can live for over 100 years.

Another distinct characteristic is the multiple rows of sharp bumps on their back called scutes. These scutes are very sharp and protect against predators.

Unlike most fish, sturgeon do not use their eyes to find food. Instead, they use their incredible sense of smell, along with their barbels, or whiskers, which help them detect food. Their diet consists of fish, shrimp, and amphipods. 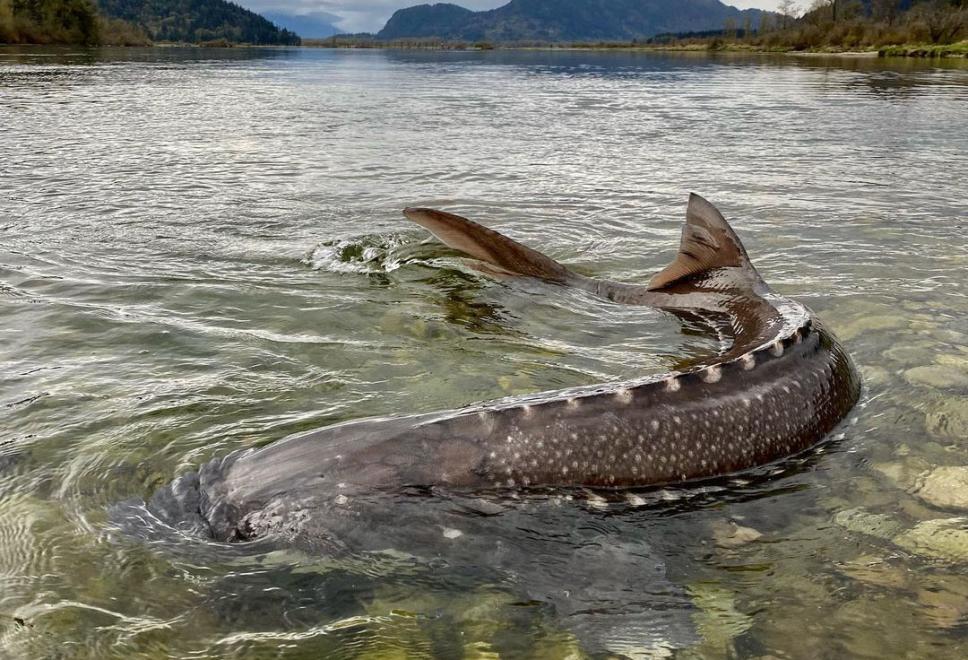 Where Can I Catch a Sturgeon?

The best location in the world to catch a monster sturgeon is the Fraser River, just outside of Vancouver, BC, Canada.  The Fraser River hosts the largest of the Great White Sturgeon.  These fish have been strictly catch and release for a few decades now, which has allowed the fish population and size to grow.  A good guide will often connect you with on or mor sturgeon over 5 feet in length in a single fishing trip.

If you are interested in sturgeon fishing, Yves Bisson can help. With 30,000+ hours on the Fraser River, Yves Bisson knows the best spots to catch sturgeon while enjoying beautiful British Columbia.

Yves Bisson has been a Sturgeon Fishing guide on the Fraser River for nearly 20 years. If you are looking for a great day of fishing, contact Yves.