Why British Columbia should be the Fishing Capital of the World 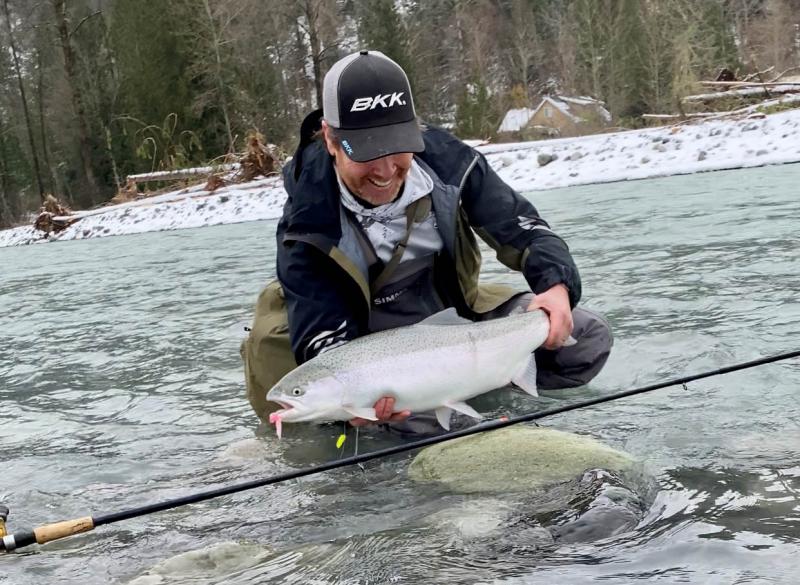 When you think of dream fishing destinations, Florida seems to want to take credit as being fishing capital of the world.  And yes, you can catch many great fish such as tarpon, jacks, bonefish, sailfish bass and others. All this in a warm climate.

British Columbia, Canada should be in consideration for the official title of “fishing capital of the world”.  A few fish stand out in particular while fishing in BC. 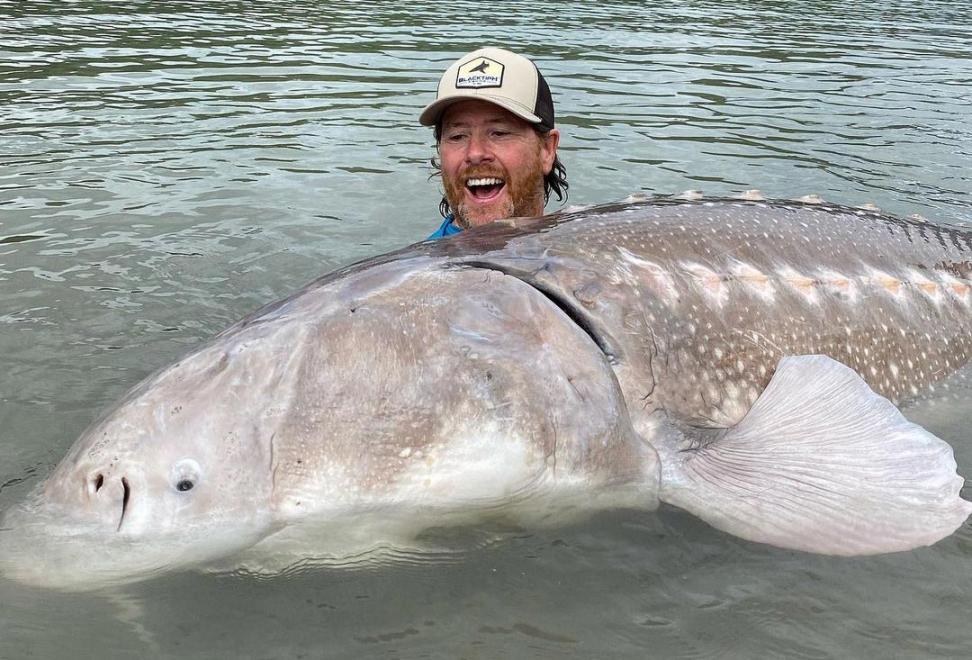 The white sturgeon are the largest freshwater sportfish in the world.  Nothing is bigger.  Just a short distance from Vancouver, the Fraser River White Sturgeon can reach 15 ft long and 1000 pounds.  And yes, you can regularly catch sturgeon between 5 and 10 feet long.  Because the Fraser River doesn’t freeze, you can fish sturgeon year-round.  You can’t keep the sturgeon you catch, but it’s certainly worth the trip when hooking one of these several hundred pound prehistoric beauties. If you want to sturgeon fish, talk to a sturgeon fishing guide.  That’s your best chance to find the big ones! 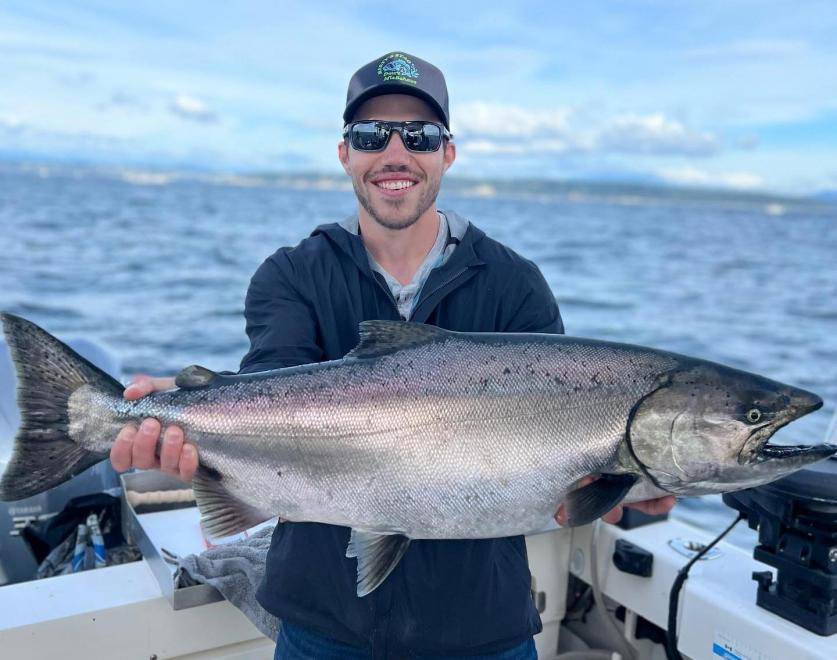 Salmon are found around the world, but the biggest species is the Chinook (aka King Salmon in USA) which are primarily found along the west coast of Alaska/ British Columbia.  Anglers come from all over to fish the giant Chinook salmon in the rivers & inlets of central BC.  Nicknamed a “tyee” over 30lbs, this species can regularly reach over 50 lbs, with the record being 129lbs (97lbs by rod).  Fly in fishing resorts are a great option for tracking down trophy Chinook.

Steelhead are a member of the rainbow trout family but grow to be 20+ lbs of muscle. Highly sought after by fly fishermen, the steelhead can be found in one of the many pristine rivers British Columbia has to offer.  This fish is also great for eating, with less fat than salmon and a milder fishy taste than other finned species.  If you come to BC for the full fishing experience, you need to fly fish for steelhead.

(see photo at top of screen)

Other Popular BC Fish

While halibut isn’t the most exhilarating fish to catch, you can’t beat its taste.  (well it’s pretty much like pulling up a boat anchor). Sometimes this boat anchor of a fish can reach 400+ pounds.  Found near most great salmon hot spots, take some time to pick up a halibut for dinner and to take home. Yum, fresh halibut & chips.

Besides the trophy chinook, other salmon species popular in British Columbia include Sockeye (amazing eating), Coho, Pink and Chum.  Fishing for any salmon is generally a great experience and thrill fishermen & fisherwomen from around the globe.  Fishing is best when the fish are returning to their home river (May to November), where they will spawn only a short distance from where they were born. 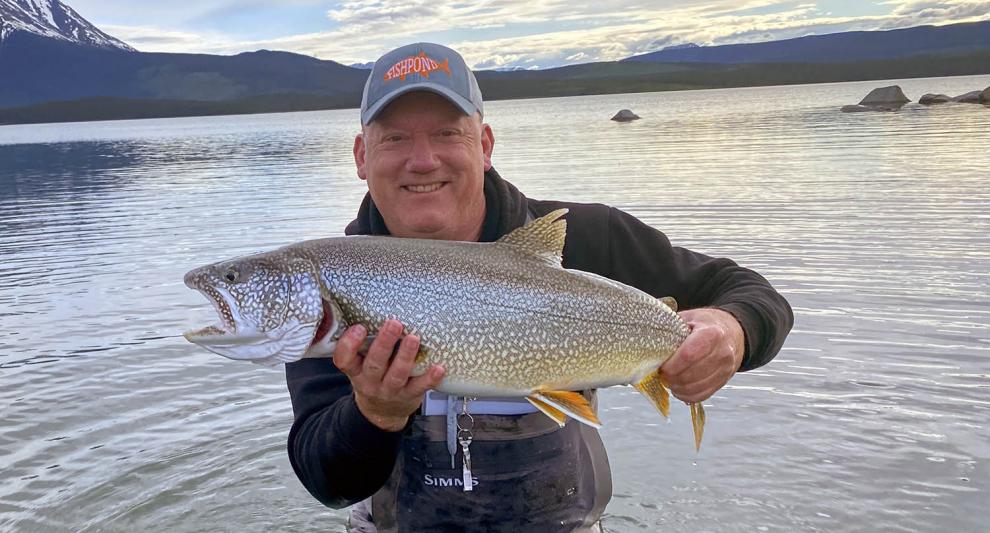 British Columbia is home to some fantastic freshwater fishing.  Rainbow & Cutthroat Trout are everywhere and can reach 5 to even 10 pounds in some lower & central BC lakes.  As you go north towards Alaska & the Yukon, you can find Lake Trout over 40 pounds.  Talk to a fishing store or guide to get some insight on where these monster trout may be and how to catch them.

If you are looking for a fishing trip that arguably cannot be beat, think of coming to Beautiful British Columbia.  Whether it be ocean fishing for Chinook Salmon, river fishing for Steelhead & Great White Sturgeon or lake fishing for giant Lake Trout, you can experience it all in BC.

Yves Bisson has been a Sturgeon Fishing guide on the Fraser River for nearly 20 years. If you are looking for a great day of fishing, contact Yves.