Largest Freshwater Fish In The World 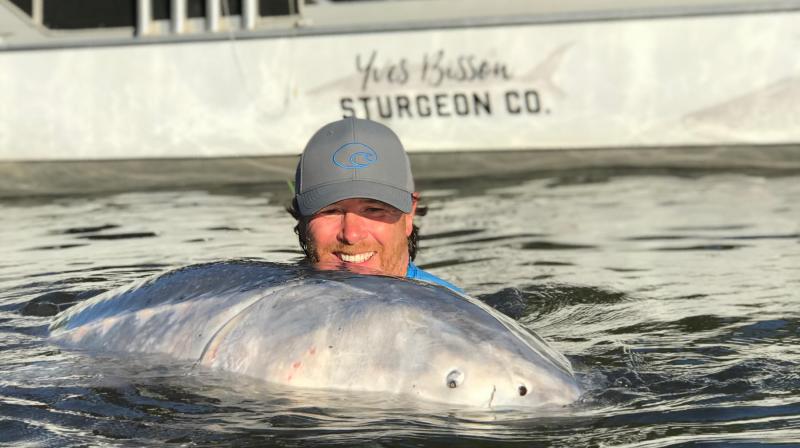 You are a fisherman and you want to come face to fins with the biggest fish in the world.  Maybe you don’t love the open ocean, or perhaps you are allergic to salt.  So you have chosen to narrow things down to fishing for freshwater behemoths.

Have a read and decide for yourself which freshwater monster you want on your bucket list.  There are some pretty interesting looking fish on the list.

Next month, we will rank each of these fish as to our recommendations. 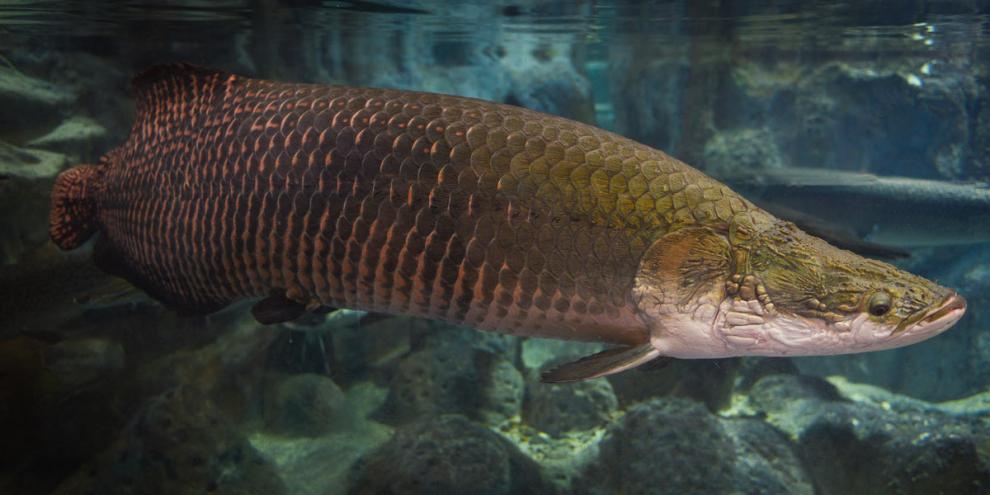 Personally, I have always loved the look of the Arapaima – seeing these monster fish at the aquarium in the Amazon River exhibit.

Arapaima can apparently grow to be more than 10ft long and 400lbs.  Check out this photo of a 485 lb Arapaima.

The Arapaima was introduced into lakes in Thailand & Malaysia as a catch & release game fish for tourists.  In Thailand, 300 pounders are caught on a regular basis.  Fishing for Arapaima in the Amazon is much tougher, as fishing is really controlled.  My recommendation would be to look into a more catered trip to Asia, rather than fighting the elements in the dense Amazon jungle.

According to Wikipedia, the Freshwater Sawfish can reach 25ft long and 1400 lbs. This scary looking fish uses its rostrum (beaklike projection) to slice up fish.  These fish can be found in tropical & subtropical waters, throughout the world, but are more common along the southern US to South America.  They are both freshwater & saltwater.  These fish are very rare and probably are not the best sport fish should you want an exciting fishing adventure. 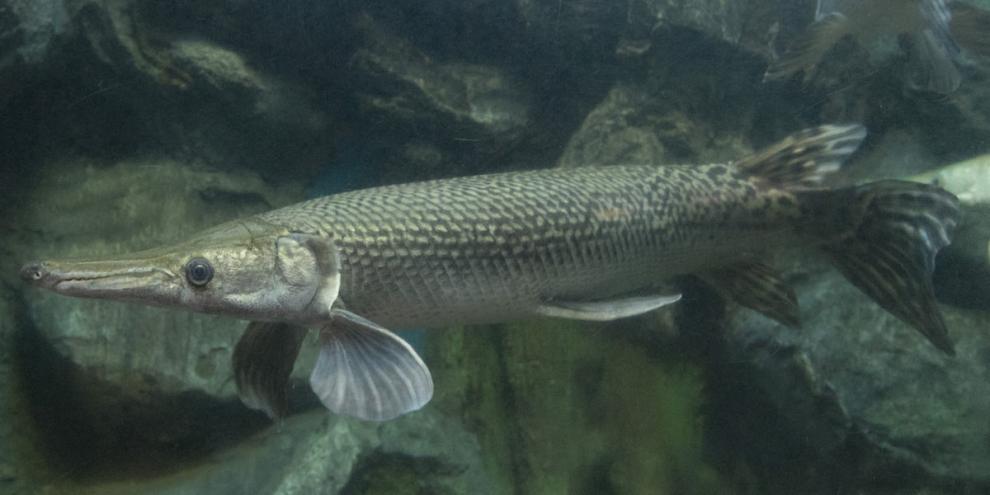 The alligator gar can be found in the reservoirs, lakes and rivers of the southern US.  It also can survive in brackish waters.  This fish can be up to 10ft & 350lbs (Ref 1).  More likely you’ll see them max out at about 8 feet and 250lbs.  Fishing for Alligator gar has become a great option for fisherman in North America that want a huge fish, but don’t want to venture into the ocean to get one.

Alligator gar are fun to catch and routinely can be found over 100 lbs. 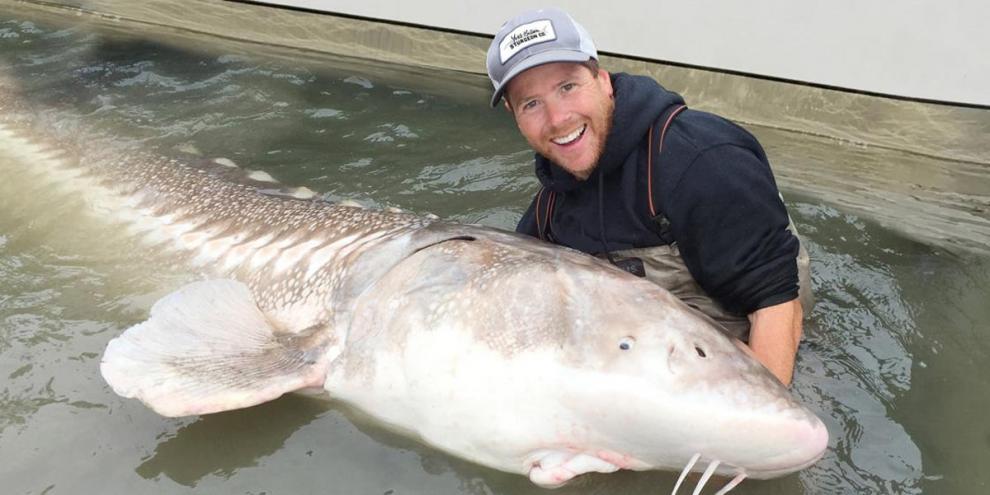 I may be biased, but if I’m looking for the biggest and best freshwater fish to catch, I choose the White Sturgeon.  According to Largest.org, the White Sturgeon can reach 20ft and 1500lbs. You won’t catch one that size anymore. But you can catch White Sturgeon over 12 feet and up to 1000lbs.

The big White Sturgeon can be found in the lower Fraser River, outside Vancouver BC, Canada.  Generally, these beasts are caught from boats anchored in hot spots.  Your best bet is to use a guide.  They will have all the proper gear, know where to go, what bait to use, and how to safely fight the fish without harming them.  A good guide will put you on several 50+ pound White Sturgeon in an 8 hour fishing trip.  If you are a fisherman, you have to put this fish on your bucket list!

Check out this compilation video of White Sturgeon jumps. 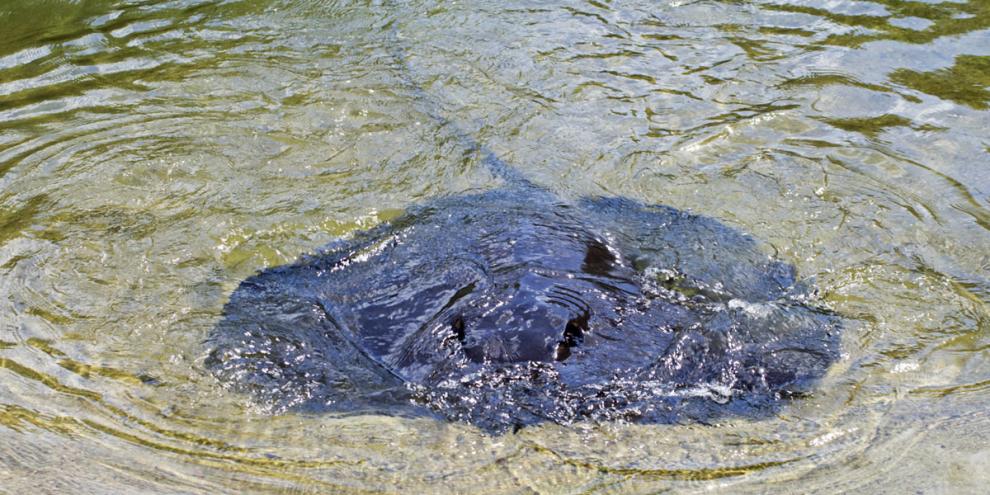 If you count the long tail, the Giant Freshwater Stingray can realistically reach 14 ft long and 8 ft wide (see link) and 800 pounds.  It’s a bit of a tough fish to catch.  A stingray is not something you can easily bring into the boat.  Nor is it something you can catch and release on your own.  Think of it as pulling up a moving stack of plywood that has a mind of its own.  That’s a stack of plywood with a deadly spiked tail.  In addition, the giant freshwater stingray is listed as Endangered by the IUCN Red List and is threatened by fishing, pollution, and dam-building.

You can catch the freshwater stingray in the rivers of Southeast Asia. 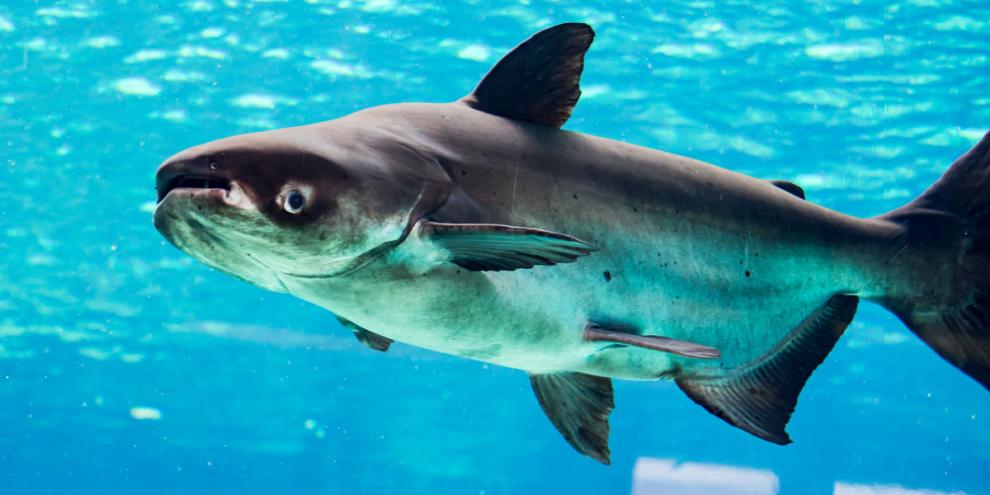 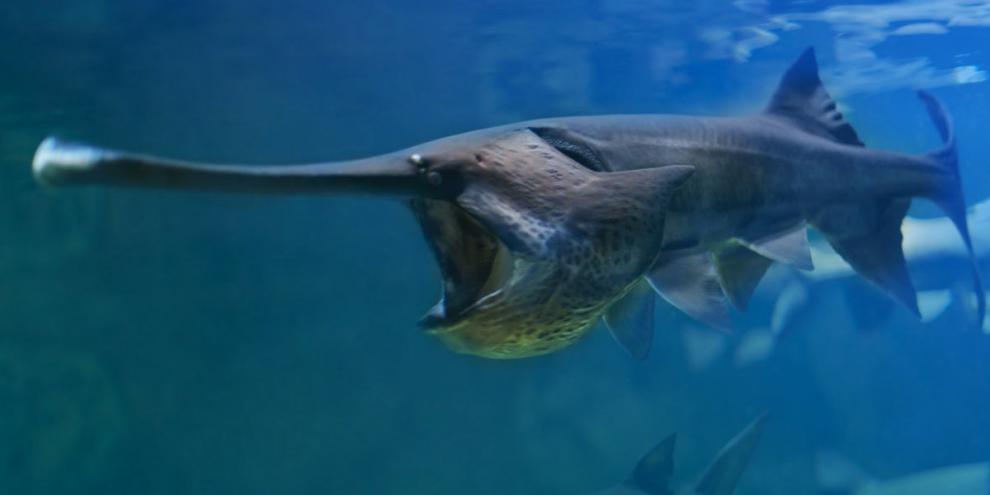 Native to the Yangtze and Yellow river in China, the Chinese Paddle fish could reach 10 ft & 660lbs.  However, due to over-fishing in the 70’s and damming the rivers, since the 1990’s, this fish has now been considered EXTINCT.

Video on the Chinese Paddlefish 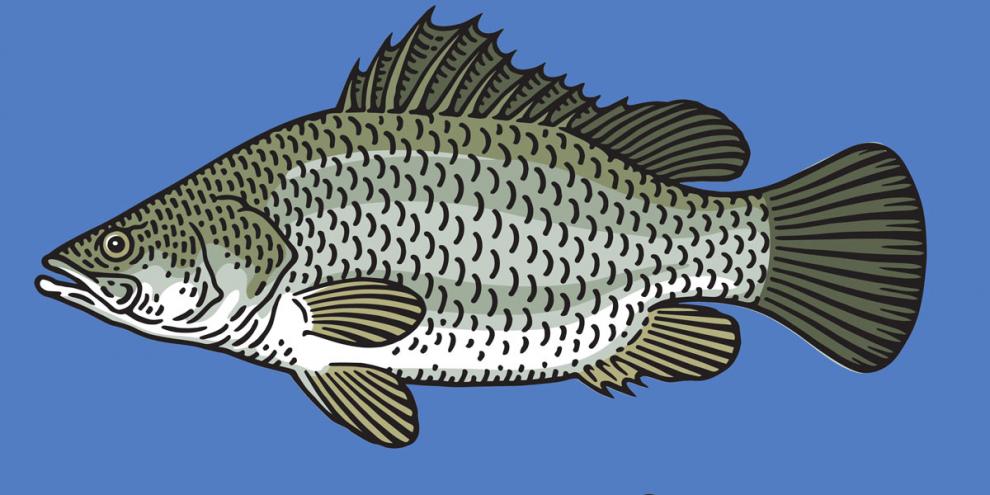 Nile perch can grow up to 6 ft & 500lbs but realistically the weight will top out at about 300lbs.  This fish can be found in the Nile river basin, lake Victoria and lake Chad.  This fish was introduced into Lake Victoria, with the intention of being a game fish for tourists.  Unfortunately, its voracious appetite has caused the extinction or near extinction of many native species.  Fly fishing for the Nile Perch is a big thing with tourist companies.  If fly fishing is your thing, then perhaps monster Nile Perch fishing in Africa would be an adventure to consider 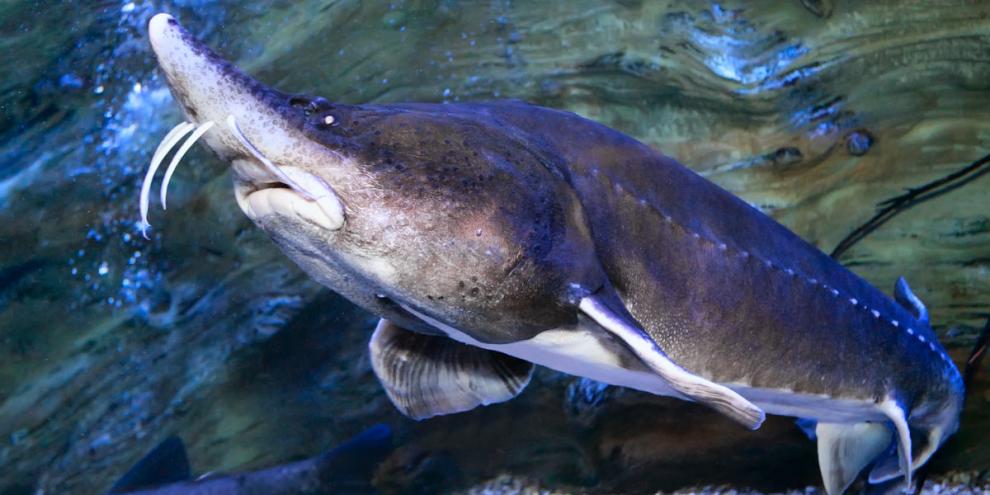 The largest freshwater fish is the Beluga Sturgeon.  World record was 3,463 lbs and 23ft 7in long!  However, this was nearly 200 years ago.  More recently, this huge fish will max at about 10 ft (about the same size as the White Sturgeon).  The Beluga sturgeon is now critically endangered.  As a result, you cannot fish for the Beluga Sturgeon anymore.

Information on the Beluga Sturgeon